a reminder to myself

But hey, hard works pay off.

Has been polishing my English for the past months.

Thanks to the Google Dictionary extension. Get it now. (https://chrome.google.com/webstore/detail/google-dictionary-by-goog/mgijmajocgfcbeboacabfgobmjgjcoja?hl=en)

Roughly 1 hour spent everyday on reading football related news, and turning this into a learning process never came through my mind. Brilliant invention.

I got instant result from it. 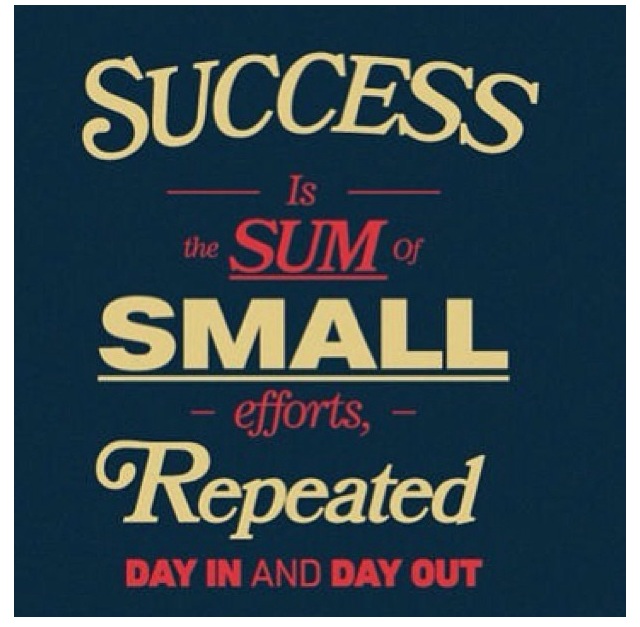 I want this badly.

The ultimate prize, to be MINE.

Giving my best shot and pray for the best.

the memories of music...

I was preparing myself for the second semester and so was just tidying up the those books notes files and stuffs.

POOOOOOFFFF!
Guess what I found! 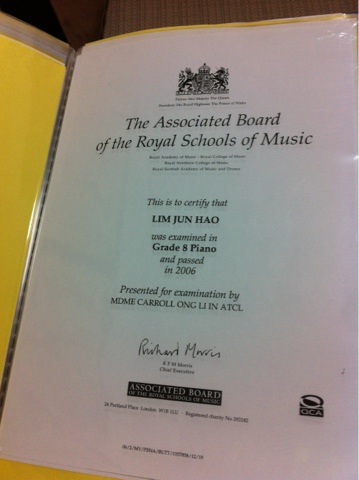 That wasn't one easy journey all the way. Stomachache headache I had to come out with all types of excuses, attempting to skip the classes. No I never dislike playing the piano but just too reluctant to go for that savage type of teacher. Haha.

I still remember walking out from the examination room for the very last time, feeling a wee bit of demotivated. The person in charge at the counter was repeating about how many succeeded in just their second try in getting that Grade 8 in white and black. Luck however was always on my side as long as I can remember and this was no exceptional case! Hehe. :) 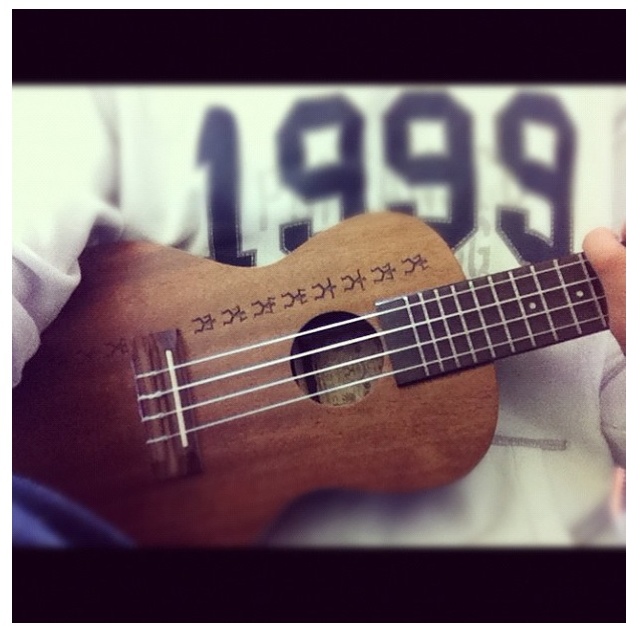 Since than this babe of mine, the ukulele has played a bit part on refreshing memories about those old days.
Me and the two sisters were snatching to play whenever each other wants to. No, we don't when the others don't. Haha. Of course that teasing part you know about who plays better was always in the air.

Maybe I should get each of them one uke. Maybe... Maybe...

Anyway, I always loved One Direction, though they say gays walk in one direction. Hahaha.

That was really fast.

2012 was really all about polishing humanity morals and some men qualities.

It didn't took me long to realize the bluntness cut of knife being a man. Of course the breakup of a 6-year relationship gave a hand. She was really good, up to the standards and I can't really go backwards. One whose expectations is sky high like me just couldn't settle for something normal or at the same par.

And then I turned around finding me, myself ain't up to that certain standard which I set for the opposite. It felt so ridiculous having 70 points to yourself, go out looking for the 90s.

Been reading like I never had. Sharpening the knife. 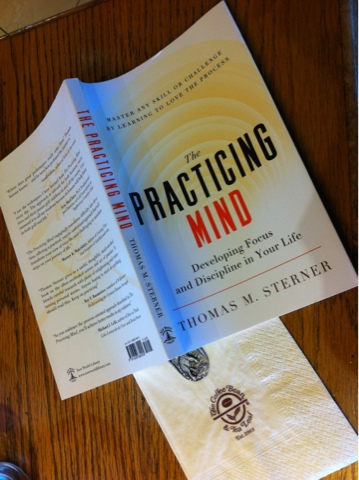 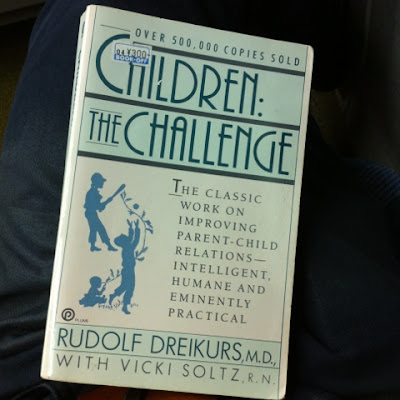 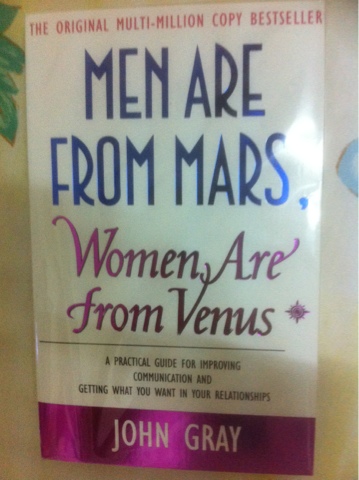 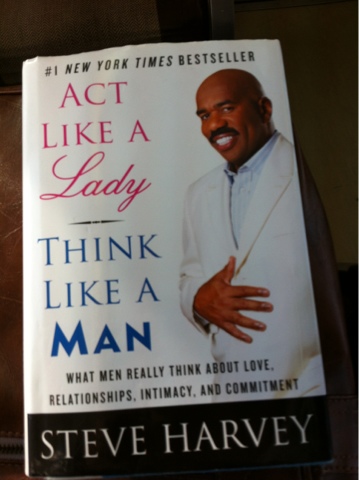 I really do feel traveling helps a lot. Cambodia with my sister gave me great lift. The main thing was to open the door for her to reality, and rechecking what's important in life, which I felt was important being living in this top country with all the fantasy around, you take things for granted.

My part time jobs were awesome. 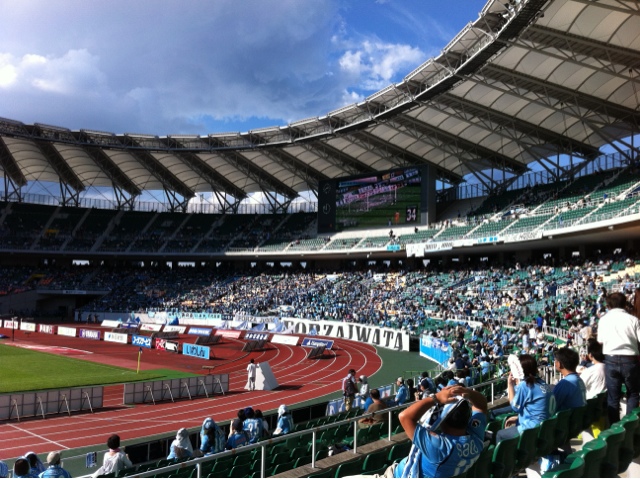 The football scout. Football is the biggest thing of all. I wouldn't get myself into a football stadium watching live matches if it wasn't because of this. The green pitch, the supporters, the football, the whole atmosphere for a hell lot of 2 hours is something I look forward to every single day. I get lifted every single time, buzzing from all the excitements, a massive booster to get along for another hectic week ahead. 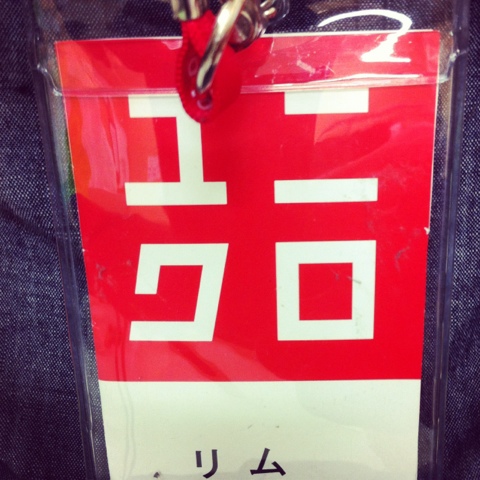 The UNIQLO staff. It's where I get in touch with how a Japanese company works. The expectations they put on you, the responsibility on the shoulder, the seriousness in things they do, everything was a different experience. Of course I get to brush up my Japanese language too which was really equality important with all of the above.

Yes, I do get tired and wanted a break from everything as badly as you guys out there.
Here comes, Kyoto. Which I decided 12 hours before I step out the door.
Basically it was walk, coffee, walk, and coffee. That's it. 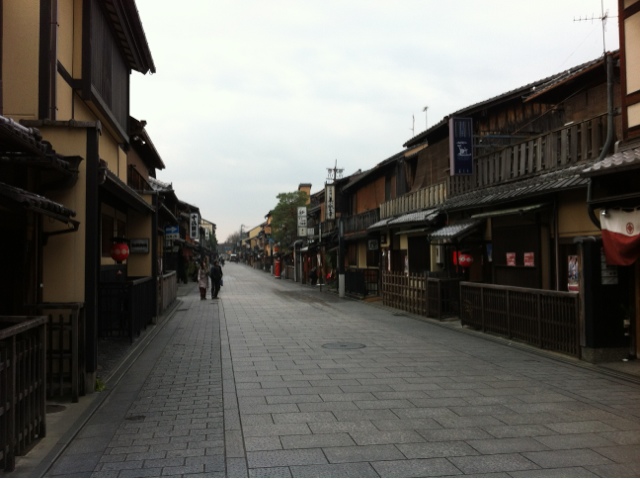 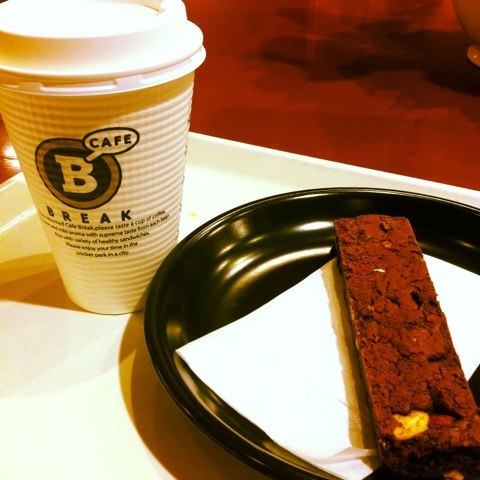 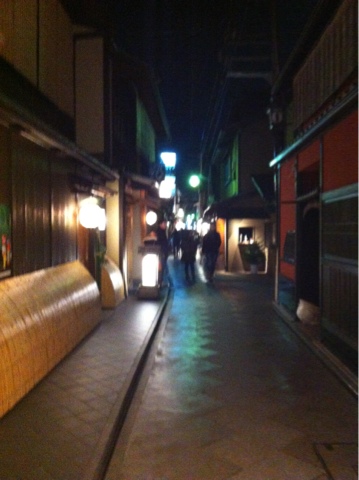 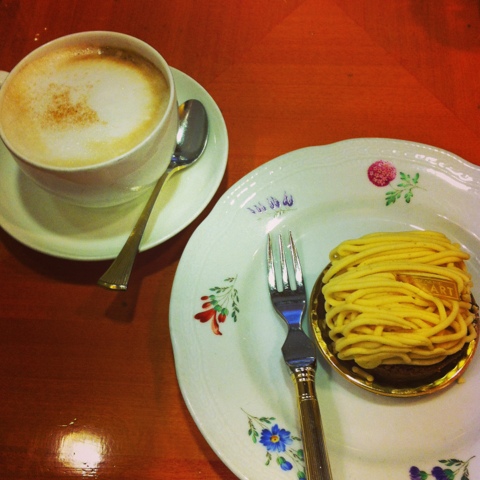 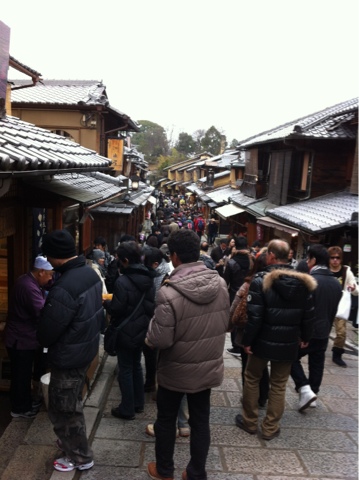 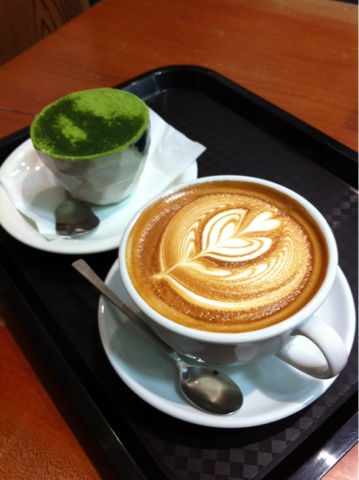 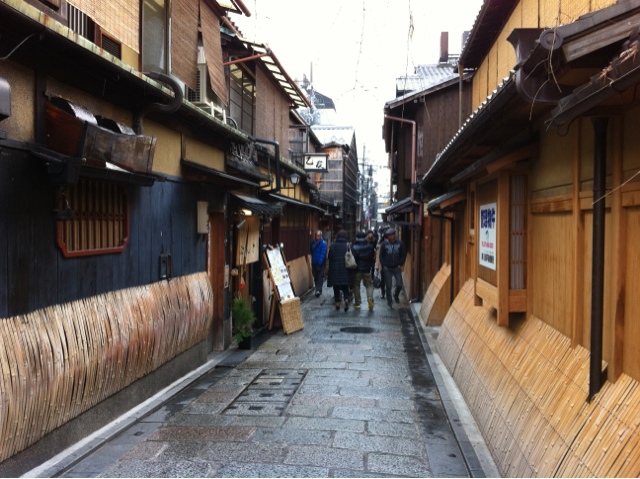 I do enjoying people watching. A LOT. And I do LOVE coffee. So I decided that's all to be done, aside visit temples asking blessing, hot spring and sauna relaxing the body and soul. 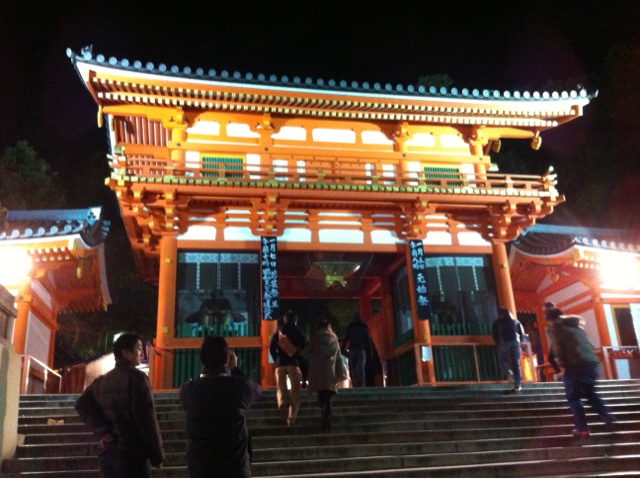 I always loved traveling alone. (like the one in Korea) I enjoy the freedom provided to both time and mind. This quick short spontaneous runaway proved to be worth it, and it was just what I needed to get 2013 kick started.

Two things I would like to keep in mind.
1. Giving anything a shot is much more productive than sitting back doing nothing.
2. No pain no gain. (Yes, I like it the hard way.)

2013 would be really good and could be the best yet if I'd these inside my head all the time. Plans are up and it's decision making time. Let's see how far I can run, how high I can jump. Sky is the limit. I just have to keep trying.

Good luck to you too who managed to read this far. *grins*
7 comments:

Yes people. It was long waited. A backpack trip to Cambodia!

Wanted to get away from the busy cities, get along with some slow paced life, experiencing the lifestyle understanding the culture, and of course see with my bare eyes the majestic Angkor Wat. 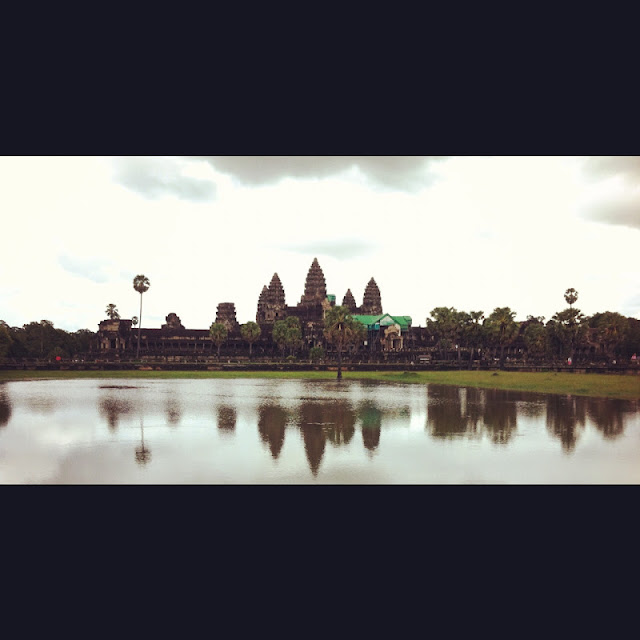 Tried my very best to note down every single thing which this short-memory-people wouldn't want to forget as I travelled.

Hmm... I guess I'm gonna get myself a video cam before my next trip got tired of writing hahaha...

Which would probably be... 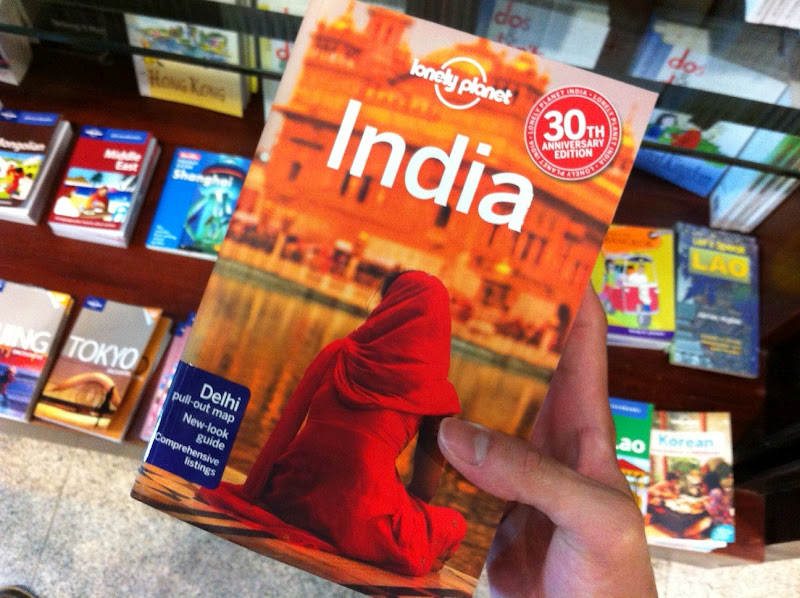 Enjoyed a 5km walk to the riverfront for our brunch and another 5km back. Breezig morning. Blue sky. Shiny sunshine. Soft wind. Friendly tuk-tuk drivers.

This is indeed a good runaway from the hectic life, experience the difference in culture, food and people.

Things that I might regret about, might be not visiting the paddy fields and the rural villages to get away from the tourist-oriented areas. And not getting myself an upset stomach for trying the street foods. Stomachaches often make good stories to be told later on. Haha.

Simpleness of the people, taught us to be grateful.
Warmth of them, reminds us about affections between human beings, and appreciate love ones around you.

The history itself speaks it all.
3 comments: